World Standards Day is celebrated on the 14 October each year – to raise awareness about the importance of standards and pay tribute to the thousands of experts worldwide who help develop the voluntary agreements that are published as international standards, read more here. Just as standards were crucial during the first industrial revolution, over 250 years ago, they will also play a critical role in the fourth. The Fourth Industrial Revolution refers to the emerging technologies, which are blurring the traditional boundaries between the physical, digital and biological worlds. This increased connectivity of people and things will impact the way we produce, trade and communicate, much like steam power transformed production methods and the way of life of many societies during the first Industrial Revolution. Read more about the World Standards Day design competition.

Consumers Federation of Australia (CFA) plays an important part in ensuring consumer interests are represented in the development of standards, read more about the CFA Standards Project and how to get involved here. CFA has representatives on over 60 Standards Australia Technical Committees and thanks them for all their hard work and contribution in the development of standards, making sure the products and services address everyday problems faced by ordinary people. 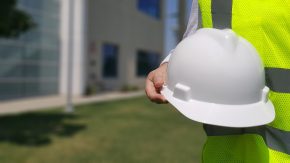 When a product presents a safety risk