The Consumers Health Forum National Workshop Health in a Time of Change: the Role for Consumers and Community was held on 18 -19 August 2014 in Melbourne.

Consumer and community representation in a time of change

CHF Chief Executive Officer, Adam Stankevicius, facilitated the event and opened by explaining that the Workshop aimed to provide skills development, knowledge and networking opportunities in order to support and strengthen a national network of consumers who are making a contribution to health services reform at the strategic and governance level.

The 80-plus crowd included consumer and community members of the Boards and Governing Councils of Medicare Locals and Local Hospital Networks, as well as staff from CHF member organisations and consumer representatives from CHF’s national network.

The ideological nature of current health policy proposals, including the unpopular Medicare co-payment, quickly emerged as an enduring theme throughout workshop discussions.

Our first speaker, News Ltd health editor, Sue Dunlevy, pointed out that our hybrid system tended to swing from the universal to the private end of the healthcare pendulum with each change of government.  But the problem with ideology, she argued, was that what worked in general rarely ever works in the particular.

She threw a challenge to consumers who are keen to defeat ideological arguments with actual evidence: bring forward real people with real problems, she said, to highlight the flaws in government policies.

In other words, consumer organisations have a key role to play in collecting stories to personalise the impact of government policies, particularly where government data is hidden from public scrutiny.

Public Health Association of Australia’s CEO, Prof Michael Moore, was critical of a narrow focus on a future medical research fund at the expense of comprehensive, integrated funding for prevention, primary healthcare, and the social determinants of health.

He highlighted the need for increased advocacy to improve public understanding of the impact of government cuts to funding, particularly on the drivers of good health, arguing that an effective strategy must take into account the voice of the community sector as well as health organisations.

Chair of the Western Sydney Medicare Local, Dr Di O’Halloran, urged CHF to press for the importance of local consumer and community involvement at all levels of the new primary health network structure.  Otherwise, she said, there was a real risk the new primary health networks would not deliver on consumer engagement objectives, and the significant gains made under the Medicare Locals structure would be lost.

Still on the importance of consumer and community involvement, Noni Bourke provided an overview of Peninsula Health’s work in entrenching consumer engagement and partnership into its governance structure, strategic plan and culture – in other words, to ensure that it is core to everything that they do.

Ultimately, she said that Peninsula Health was making a ‘transformational change’: from community participation towards a person-centred care approach.  While acknowledging that transformational change could take some time, her tip to other organisations looking to make the change was not to reinvent the wheel.  There may be hidden expertise within the membership that may be worth checking out, she said.

Health Consumers’ Council WA Aboriginal Advocacy Program Manager, Laura Elkin, outlined the significant barriers faced by Aboriginal and Torres Strait Islander people in accessing, and getting more Indigenous voices into mainstream health services.  However, she said it was important to take a strengths-based approach and recognise the success of the Aboriginal Community Controlled Health Services model.

The video of this session can be viewed here.

Seven ideas to replace the $7 co-payment

They say that great minds think alike.  So perhaps it wasn’t surprising that the panel of experts speaking on this theme shared some common ideas about options to replace the Federal Government’s proposed  $7 Medicare co-payment.

First of all, the experts agreed that Australia was not in the midst of a health funding crisis.  Prof Stephen Duckett, Director of Health at the Grattan Institute (and former Secretary of the Commonwealth Department of Health), said there was no need to panic.  He likened our challenge of an impending ageing population to a ‘grey glacier’ rather than a ‘silver tsunami’.

In her lively and engaging presentation on the ‘Seven Wonders of Health Funding’, independent health policy consultant Jennifer Doggett said that our level of healthcare spending was affordable, in line with global trends, and importantly, delivering good value.  She referred to arguments about the unsustainability of Australia’s health expenditure as ‘The Colossal Health Funding Myth’.

The experts agreed that it was important to cut waste before cutting access or quality.  Prof Adam Elshaug from the University of Sydney’s Menzies Centre for Health Policy, identified high-cost but often inappropriate overtreatment in areas such as cardiac procedures, orthopaedic surgery, and testing for vitamin D deficiency. He also noted cost comparisons for prostheses, with Australians often paying more than is paid in comparable countries.

Prof Andrew Podger from the Australian National University (and former Secretary of the Commonwealth Department of Health), said he did not necessarily oppose co-payments and thought there might be a role for the Productivity Commission to review our system of co-payments and safety nets, but he also thought the current model was the wrong way to go.  Like the other panelists, he thought we could reduce the prices we pay for pharmaceuticals in line with other countries, and make changes to the Medicare Benefits Schedule.

Finally, the experts agreed that consumers must be at the centre of any health funding debate, and that ideas to improve the healthcare system would only be of benefit if they reflected the values and priorities of the community.  According the Doggett, the health system must revolve around the ‘Statue of You (the Consumer)’, rather than the medical profession, industry or politicians.

The video of this session is available here. 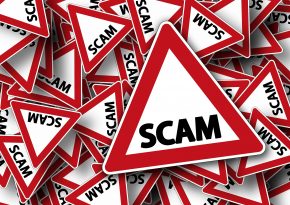